September 21, 2021
The Masters of the Templar Order: Hugues de Payens - The Daqian Times 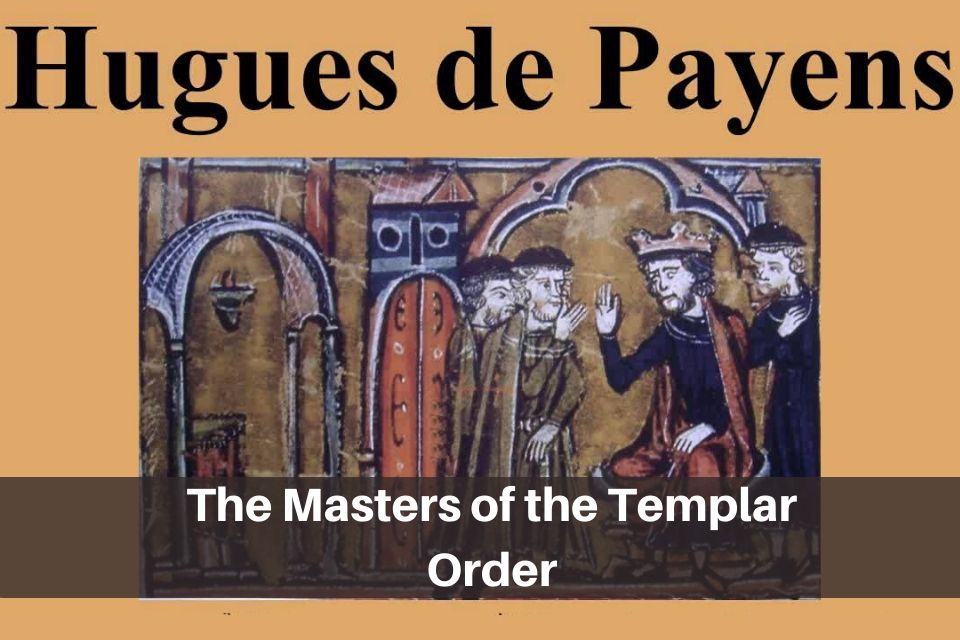 Hugh de Payens, the first grand master of Knights Templar order, was born around 1070 in the lands of Payens, near Troyes. He was a French nobleman who fought in Jerusalem during the First Crusade (1095–99), which turned into a two-hundred-year conflict between the Christian West and the Islamic Middle East over control of Jerusalem and Palestine. Hugues seemed to be an important person in the Court of Count of Champagne during that time. There is no written assurance whether Hugues de Payns participated in the First Crusade or not. However, it is quite surprising that his name is absent from donation acts until the return of the first Crusaders. Buy looking at all the historical material provided by the scholars we can say that Hugues accompanied the Count of Champagne on his pilgrimage to Jerusalem in 1104. He returned to France the following year and revisited the Holy Land in 1114 with other secular knights, supported by the Count of Champagne. Hugues and his companions entered the service of the Holy Sepulchre Canon to protect pilgrims who came to meditate in Jerusalem.

History holds no actual written account of Hugues De Payens. There are only a few estimates about his birth, but none of his later careers gives details of his early life. The earliest source to be found that details about the grand master of the origin are probably William Tyre’s ‘History of Events Beyond the Sea’. In early documents, Montiniaci is mentioned as a witness to a donation in 1085–90, indicating that the man was at least sixteen by this date, which is legal adult age, and thus able to bear witness to legal documents. This proves that he was born somewhere around 1070. Hugues’ name appears on a number of other charters, relating to Count Hugh of Champagne, suggesting that Hugo de Pedano was a member of the Count’s court. The written account states that by the year 1113 he was married to Elizabeth de Chappes, who bore him at least one child, Thibaud.. 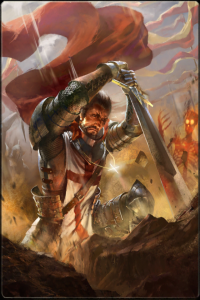 Bernard of Clairvaux had the support of Hugh of Champagne during the war at the Holy Land. The Latin Rule of the Templar Order was confirmed at the Council of Troyes in 1129. A Templar commanding headquarter was eventually built at Payns. Some scholars claim that Hugues came from the Vivarais (the district of Viviers in the modern département of Ardèche).

The Count of Champagne made a pilgrimage to the Holy Land in 1104–07 and visited Jerusalem for the second time in 1114–16. He was accompanied by Hugues de Payens, who remained there after the Count returned to Franc. In 1125, Hugues name appeared again as a witness to a donation, this time accompanied by the title “magister militum Templi” or “Master of the Knights of the Temple”. He most likely obtained approval for the Order from King Baldwin II of Jerusalem at the Council of Nablus in 1120.

Pages from history tell us that Hugues de Payens along with Geoffrey de St. Omer arrived at the palace of King Baldwin II with the motive to defend Christian pilgrims from the attack of the infidels. There seems to be some strong evidence that Payens was already in the holy land, and in fact, may have served in the army during the First Crusade. John J. Robinson, in his book, “Dungeon Fire and Sword,” makes the claim that Hugues De Payens was 48 years of age when he became the first Grand Master, having already served in the Levant for 22 years.

Grand Master of the Templar Order

As Grand Master, Hugues de Payens commanded the Order for almost twenty years until his death in Palestine, helping to establish the influential military and financial institution. Hugues founded their first Templar House in London and another near Edinburgh at Balantrodoch, now known as Temple, Midlothian. In 1129, The Latin Rule laying down the way of life of the Order was confirmed, which was attributed to Hugues de Payens and Bernard of Clairvaux.

In 1130 Hugh returned to the Kingdom of Jerusalem with his new forces from France and England, where he was assisted by King Baldwin II, who died the following year. The order became wealthy as funds and land continued to come into their possession in Europe. The order gained more independence after 1136, becoming answerable only to the pope. During the Second Crusade (1147–49), the Templars were given a new set of duties when the French king was forced to accept a loan from the wealthy order. They soon became international bankers, whereby pilgrims could deposit their money in a Templar house in Europe, and a coded letter would be given to the order upon their arrival in Jerusalem, allowing them to collect the amount they had left behind in Europe. This banking role flourished over time and eventually led to jealousy on the part of secular rulers. Later, it led to the destruction of the Knights Templars in the early fourteenth century.

Hugues de Payens died in Palestine in 1136. The circumstances and date of his death are still not clear in any chronicle; though the Templars commemorated him every year on 24 May. The reason for his death is probably assumed as old age. According to the 16th-century historian Marco Guarini, he was buried in the Church of San Giacomo at Ferrara and was succeeded as Grand Master by Robert de Craon. 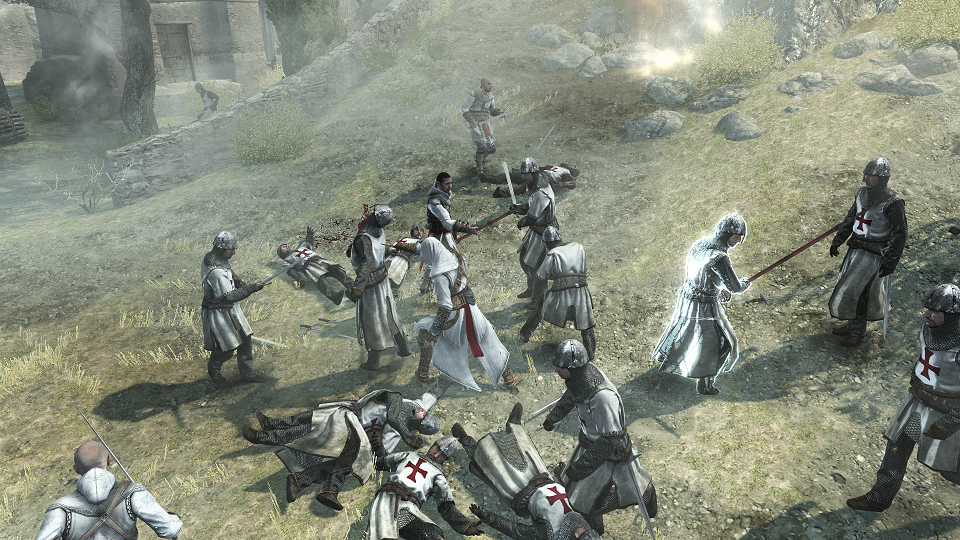 The Templars were given rank in the Assassin’ Creed, where the highest rank was Grand Master. Hugues De Payens Assassin’s Creed rank is of that of the Grand Master, and below him were three lower ranks. First were the noble knights. The second achievable rank was the non-noble sergeants, most of which were blacksmiths and builders. The third rank was that of the chaplains, priests who cared for the spiritual needs of the Templar members. Although all wore the red cross, their outerwear was different depending on their ranks. The Knight Templars were fortified with prestigious white mantles, whilst the non-noble sergeants wore.

Hugues De Payens is also known as the Templar Hero. For twenty years, Hugh tirelessly worked over the Knights Templar until his death in the Holy Land in 1136. Then the order was led by the second Grand Master Robert de Craon, and under his guidance, the order grew and became a popular body. But Hugh must be credited for developing the concept of an order of knights and turning it into a bright and shining reality.

Hughes de Payens & the birth of the Knights Templar Video

This video is about how Hughes de Payens played a central part in the birth of the knights templar / templars in France.

What religion were the Knight Templars?

Where can the Holy Grail be found now?

Spanish chroniclers say they have discovered the Holy Grail, the legendary cup Jesus supposedly drank from at the Last Supper. Margarita Torres and José Ortega del Río believe the 2,000-year-old vessel is in a church in León in northern Spain can be the Holy Grail.

What is the difference between Crusader and Templar?

Crusader is someone who participates in a Crusade, which is a Christian holy war, whereas, Templar is a member of the “Knights Templar”, which was a Catholic military order during the medieval period.

Why do we need food safety regulations? 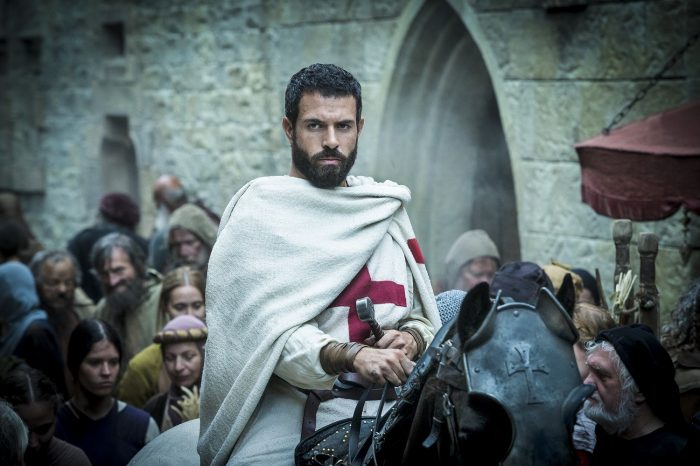 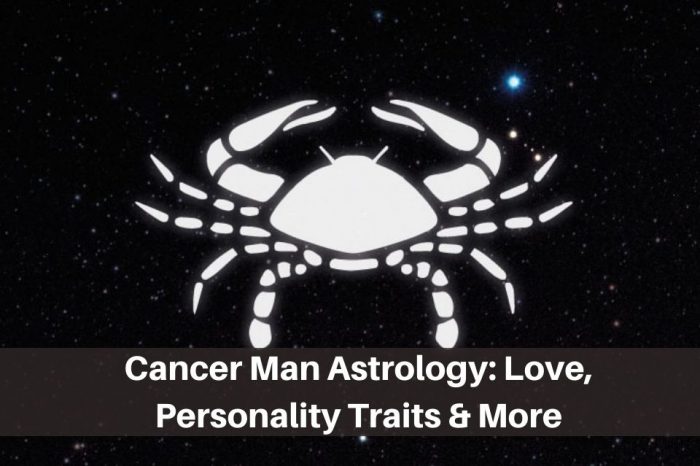 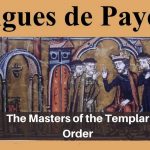