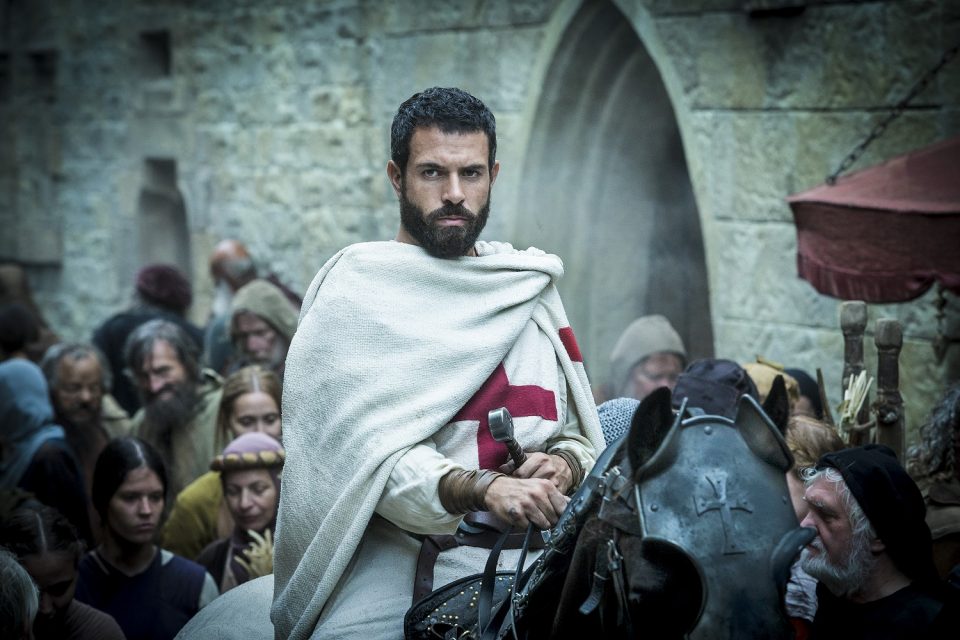 The global video streaming industry is getting bigger & wider, thanks to the soaring popularity of the worldwide entrainment platforms like Netflix, the Amazon. The web series audience is seriously increasing, Netflix‘s Narcos based on true story of Pablo Escobar has been a bit hit, while Amazon’s Jack Ryan won many applause.

Not too only ago, once termed as a luxury today is been backed to topple the traditional cable television in the next couple of years.

The first episode was premiered on 6 December 2017; the Knightfall is a fictional historical drama, which is scripted by Richard Rayner and the Don Handfield for the History Chanel. This web series filmed across the mystical settings of Croatia and the Czech Republic. The underlying story of this web series revolves around the Knights Templars final days during the 14th century. Julian Ovenden, a renewed English actor-singer is playing the Guillaume de Nogaret character in this show. 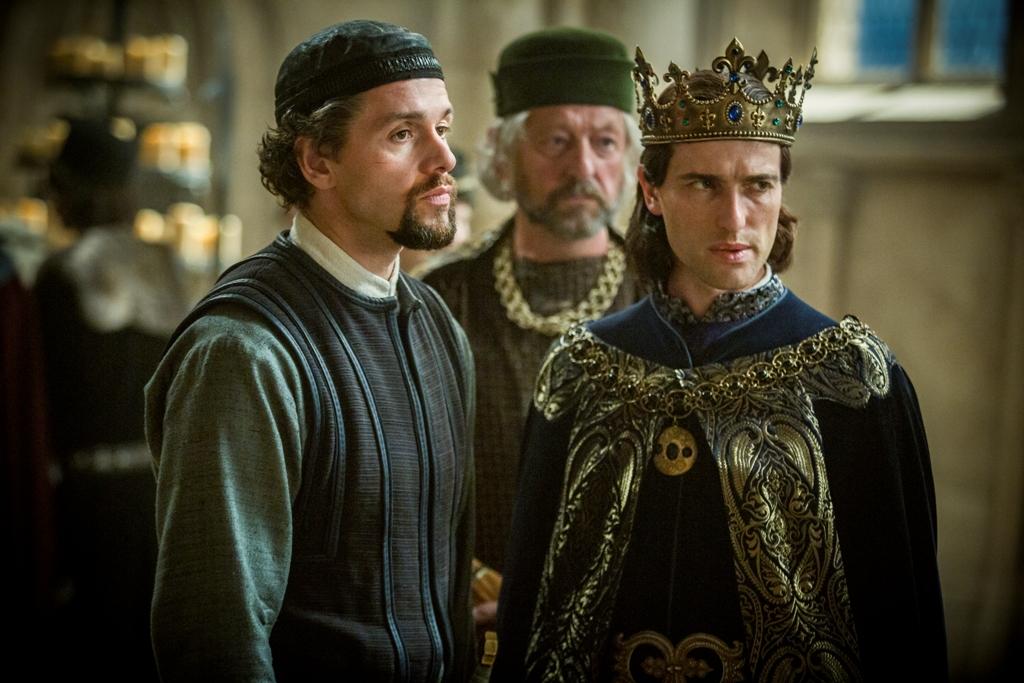 The Knightfall TV series goes inside the medieval politics and warfare of the most powerful, wealthy and mysterious military order of the middle ages – The Knights Templar. It begins during the Fall of Acre in 1291,which marked the destruction of the last Templar refuge in the Holy Land.The series displays the deep side of the concealed world of this legendary brotherhood of warrior monks to learn about the knights, their lifestyle and their beliefs. Knightfall describes the success, fall, persecution, and suppression of the Knights Templar, as written by King Philip IV of France on October 13, 1307.

The Netflix series focuses on the fictional Templar leader Landry du Lauzon, a brave warrior dispirited by the Templars’ failures in the Holy Land who is strengthened by news that the Holy Grail has reemerged With the historical and brutal downfall of the Templar Order on the horizon, season two of the series depicts various themes such as power, revenge,redemption, betrayal, family, and eventually an epic war between church and state.

Who Are The Knights Templars?

The Knights Templar belong to French history for several centuries. They are simply poor warriors of the Solomon temple and the Christ. Knights Templar is a military formed by papal bull Omne Datum Optimum in the year 1139. Knights Templars played their part during the Crusades.

Who is Landry du lauzon?

Starring Tom Cullen, Landry du Lauzon is the main character of the Knightfall web series on Netflix. He is a fictional character, who is never respected much in the Knights Templar fraternity, even when he is so brave and courageous. However, a big twist comes into his life, when he discovered that the Holy Grail has resurfaced.

Landry du Lauzon is the main character of the Knightfall web series on Netflix. He is a fictional character

His character sketch is about honesty, never die-down spirit and a strong knight who is ready to bleed for his people. Besides being a Knights Templar, Landry du Lauzon is a veteran warrior from the Crusades. His life journey began as the squire of Godfrey. He trained and made him learn all the skills & tricks of the warriors. Post the Siege of Acre, the life of Landry is fallen apart. His pursuits are taken for a blow during the Crusade, and he has also lost the Holy Grail. He is completely shaken & devastated, and doesn’t know where to go. Landry then became the Commander of the Paris Temple post the assignation of Godfrey. But, later he will set on a journey to find the Holy Grail, as the news has surfaced it is in France. Also, he is in the quest to discover the reasons for the death of his master. For more insight about the show, watch the Knightfall Netflix trailer.

Also, Knightfall cast names on Netflix include some of the industries well-known celebrity faces.

33-year-old Tom Cullen is a Wales actor, rated highly for his roles in the famous independent film Weekend. He lived the popular character Viscount Gillingham in the T.V. series Downton Abbey. During his early life, he joined the Llanishen High School to learn the true art of acting. Before getting into acting, he had a great love for music. Royal Welsh College of Music and Drama is the reputed institution from where he learned music.

Is Landry du Lauzon Ever Existed?

The History Channel is known to create great T.V. series around the history heroes. But is Landry de Lauzon, a history channel inspired character belongs to Knightfall on Netflix a real person? The answer is no, the Netflix description clearly declared in its show description that Landry is a “Fictional History Character.” The real-life figures are the Queen Joan of Navarre, King Philip IV of France, and Pope Boniface VIII. However, that doesn’t mean there is no reference to Landry in the history books. As per Britannica, Landry belonging to Knights Templars, which was established in 1119 Hugh de Payens, French noble and his friends. Jerusalem, a holy city in the Middle East was found during the first Crusade, this place later became a popular pilgrim site for the Christian community from various parts of the world.  However, these kingdoms were inadequate to deter the foreign invaders.

Then, came the Payens and co. They took the oath to protect the faith of the Christian community. Later, as they grew in confidence, they took the pledge to safeguard the Crusader states from invasion. One of them is King Philip IV, which is a crucial part of the Knightfall web series.

As per the Guardian, Knights Templars existed in France for many centuries. Later, they were dissolved in the 13th century.  However, in 1804   their resurgence happened in a bid to protect the holy places of Christianity. Today, the Knights Templars worked as a non-government organization established to spread the word of Christianity and has hundreds of representatives around the globe. 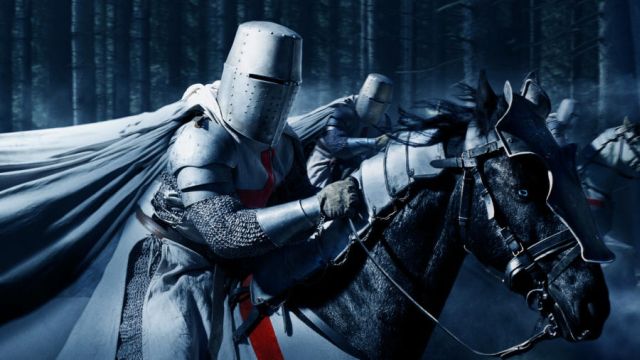 Dominic Minghella – What His Say

Dominic Minghella, the Knightfall’s executive producer told a top news source that Landry du Lauzon isn’t about an individual but represents the entire community of the Knights Templars. This blockbuster T.V series is dedicated to unsung heroes those are the jewels of French history. While, the theme of the story has found its narrative to France rich history, but a little flair is added to amp the thriller of the story.

He further added Landry is being portrayed as an ideal character, faces a lot of difficulties but overcame the barriers all by his courage. The fictional aspect of this web series doesn’t stop here, as later in his life, Landry will fall for a girl. And, then he has to make a big call, whether to choose his love or the monk. However, in a nutshell, Landry is a character derived from French history. Therefore, you can say he is not a real person, but his thinking and what he does defines Knights Templars.

Does Landry die? We will not spoil too much, but he surely live at the end of season 1 🙂

Will there be a Knightfall season 3? Sadly, the third season has been cancel for now, however we could expect either a new series similar to Knigthfall on Netflix, Amazon Prime or Hulu within the next 3 years. Crusaders & templars have been a high viewed and searched theme tv shows, movies & series. High demand means  current and future investment in this category.
Who Is Playing Landry Du Lauzon in Knightfall?

Who Is King Philip IV in the Netflix Knightfall Series?

Proudly as the Philip the Fair, King Philip IV was the King of France during the era of 1285 until his death. He was an able leader, who entrusted the skillful civil servants like the Guillaume de Nogaret to rule the kingdom more than his noble.

How to Get Netflix Membership?

First of all, go to the official website of Netflix and choose your plan wisely. You won’t be charged for the first month, then the Netflix reminds the customer three days before deducting money from your added payment method, but you can cancel it anytime.

Do you want to learn more about the story behind Laundry de Lauzon & Landry Templar? Read more about Hugue de Payens and Knights Templar history. 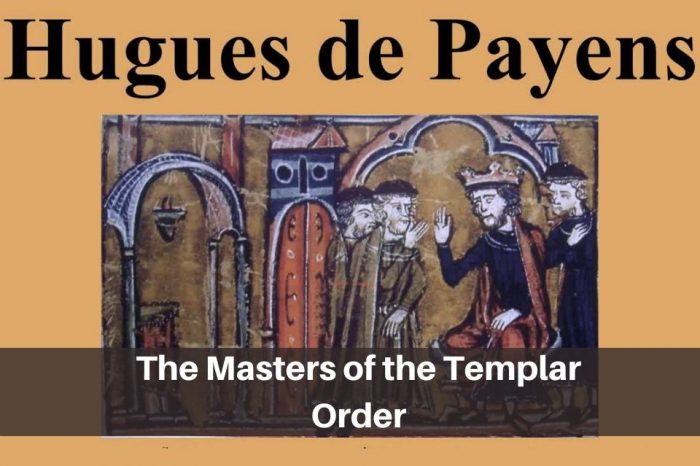 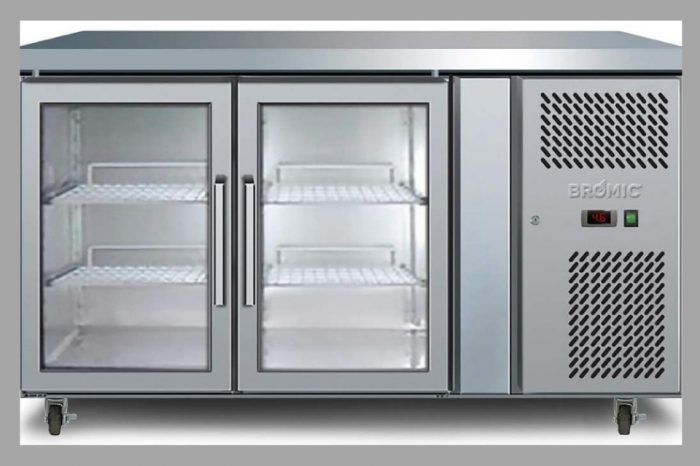 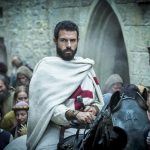