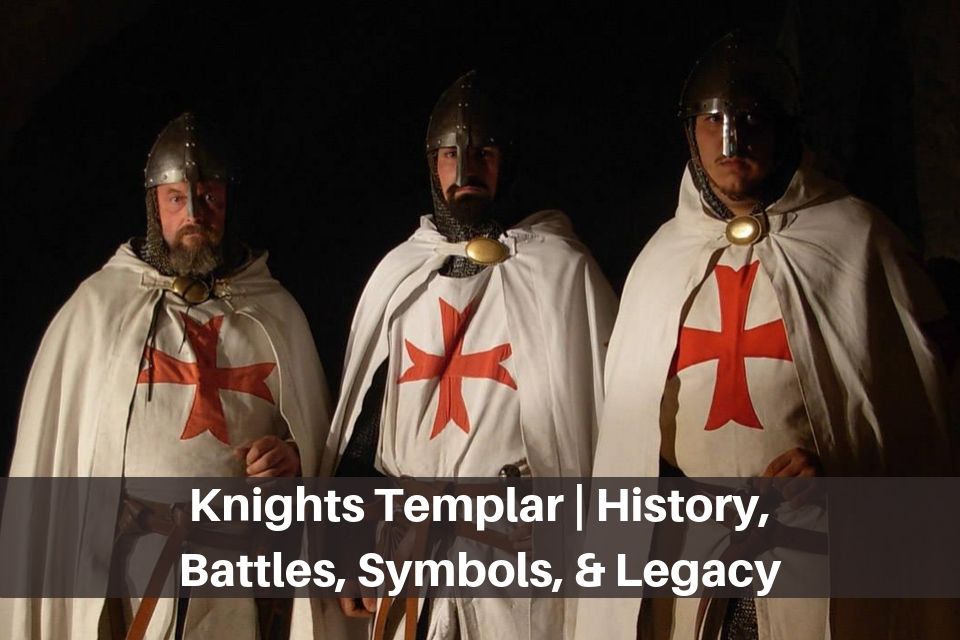 The Knights Templar was a Catholic military order founded in 1119 but acknowledged in 1139 by the public degree – papal bull. The Templar became a model and inspiration for other military orders. It was originally founded to protect Christian pilgrims to the Holy Land, assuming great military duties during the 12th century. Knights Templar history states that it was a wealthy, powerful, and mysterious order that has fascinated historians and the public for centuries, their financial acumen, tales of the Knights Templar, and their military prowess during the Crusades still circulate throughout modern culture. The prominence and growing wealth of Templar provoked opposition from rival orders. Falsely accused of blasphemy and attributed for Crusader failures in the Holy Land, the order was destroyed by King Philip IV of France.

Three Levels of the Knights Templar

After Christian armies annexed Jerusalem from Muslim control in 1099 during the Crusades, pilgrims from across Western Europe started visiting the Holy Land. Many of them, however, was mugged and killed as they crossed through Muslim-controlled borders during their journey. Around 1118, a French knight named Hugues de Payens built a military order along with his eight relatives and consociates, calling it the Poor Fellow-Soldiers of Christ and the Temple of Solomon, which was later known as the Knights Templar. With the provision of Baldwin II, the ruler of Jerusalem, they set up headquarters on the city’s sacred Temple Mount, the home of their now-iconic name, and pledged to protect Christian visitors in Jerusalem.

In the beginning, the Knights Templar faced disapproval from the religious leaders in that area. Later in 1129, the group received the formal endorsement of the Catholic Church and support from Bernard of Clairvaux. Bernard authored “In Praise of the New Knighthood,” a text that supported the Knights Templar and encouraged their growth. In 1139, The Pope issued a Papal Bull that allowed the Knights Templar rights. During that time the Templars were exempt from paying taxes, permitted to build their declamations and were held to no one’s authority except the Pope’s. The Templars had many symbols representing them, one of which the most important symbol was the Knights Templar flag – Beauceant. It means ‘two-colour’ – black and white, which was the Templar battle flag. It is believed that the black interest of the flag represented the sins of the world, while the white signified purity, friendliness and the blessing mission that was provided by the Templar Order. 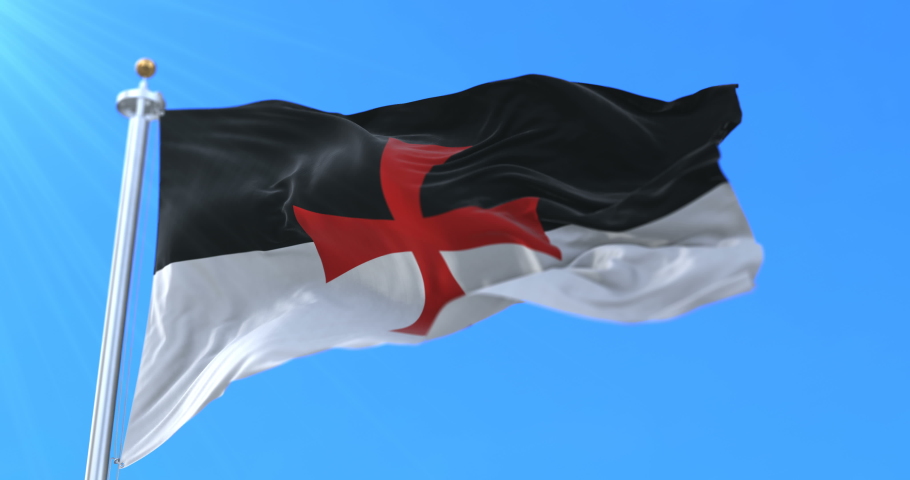 The Knights Templar set up a wealthy network of banks and gained massive financial influence. Their efficient banking system allowed religious pilgrims to deposit assets in their home countries and withdraw money in the Holy Land. The order of the Knights Templar became known for its code of conduct, which included no pointy shoes and no kissing their mothers. The signature style of the dress featured a white habit inscribed with a simple red cross. Members swore an oath of poverty, obedience, and chastity. The code of conduct excluded drink, gamble, or swear. Prayers were chanted daily, and the Templars expressed particular adoration for the Virgin Mary. As the Knights Templar developed in size and status, it established new sections throughout Western Europe. The Templars boasted a sizable fleet of ships, which was owned by the Mediterranean island of Cyprus, and served as a chief bank and lending institution to European monarchs and nobles.

The original purpose of the Knights was to protect pilgrims from danger, but later they expanded their duties. They became protectors of the Crusader states in the Holy Land and were known as highly skilled warriors. The group developed a reputation as brave and fierce fighters during the Crusades, driven by religious passion and forbidden from retreating unless significantly outnumbered. The Templars built numerous castles and fought and won battles against Islamic armies. Their fearless style of fighting became an inspiration and motivation for other military orders. 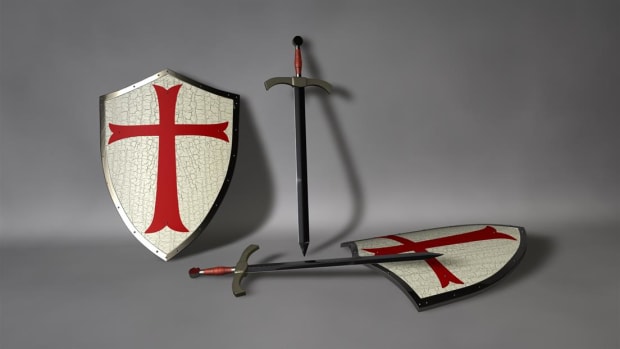 In the late 12th century, Muslim armies captured Jerusalem and turned the tide of the Crusades, forcing the Knights Templar to relocate many times. The Fall of Acre in 1291 lead to the destruction of the last remaining Crusader refuge in the Holy Land. European support of the military campaigns in Jerusalem began to erode over the decades that followed. Additionally, many secular and religious leaders went against the Templars’ wealth and power. By 1303, the Knights Templar lost the grounds in the Muslim world and established a base of operations in Paris. There, King Philip IV of France resolved to bring down the order, perhaps because the Templars had denied the additional loans.

On the 13th of October 1307, French Templars were arrested, including the order’s grandmaster Jacques de Molay. Many of the knights were violently tortured until they confessed their false charges, which included fraud, heresy, homosexuality, financial corruption, spitting on the cross, devil-worshipping,  and more. A few years later, many of Templars were burned in the stake in Paris for their confessions. De Molay was killed in 1314. Under pressure from King Philip, Pope Clement V unwillingly disbanded the Knights Templar in 1312. The group’s property and monetary assets were given to the Knights Hospitallers.

The Catholic Church has acknowledged that the harassment of the Knights Templar was unjustified. The church states that Pope Clement was pressured by secular rulers to disband the Templar. While most historians and religious leaders agree that the Knights Templar completely disbanded 700 years ago, there are a few people who believe the order went underground and Knights Templar today are still in existence in some form. In the 18th century, some groups recovered several of the medieval knights’ symbols, rituals, and traditions. Currently, there are different international organizations adapted after the Knights Templar, which the public can still join. These groups have representatives around the world and aim to spread the values and traditions of the original medieval order. 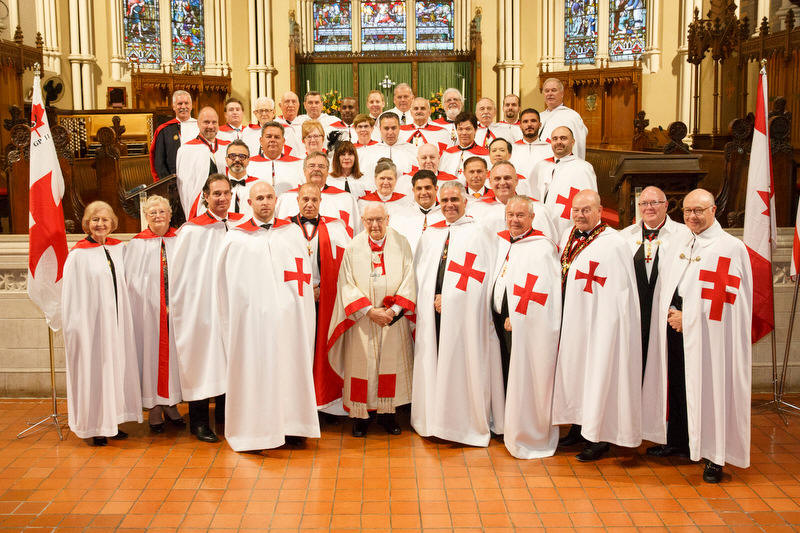 Throughout the years, various tales came out about the knights’ mysterious work. More recently, tales about the legendary Knights Templar have found their way into popular books and movies, one of which is a TV series Knightfall by Netflix. Some historians have discovered that the Knights Templar may have secretly protected the Shroud of Turin – a linen cloth believed to be placed on Jesus Christ’s body before the burial. They protected it for hundreds of years after the Crusades ended. Another widespread belief is that the knights recovered and kept religious artifacts and relics, such as the Ark of the Covenant, the Holy Grail, and parts of the cross from Christ’s crucifixion. Not just these, but many other ideas and myths exist about the Knights Templar’s secret operations. The Da Vinci Code, a popular novel and film, presents a theory that the Templars were involved in a conspiracy to preserve the bloodline of Jesus Christ. Although much of these assumptions are considered imaginary, there’s no question that the Knights Templar have provoked plotting and fascination, and will likely continue to do so for years to come.

The Knights Templar has been the subject of many misconceptions, especially in the modern digital era. These misunderstandings have created confusion for private researchers and caused significant influence on the facts of the historical record to be completely overlooked, even by professional academics.

Who all are there in the current Templar Membership?

Currently, Templar membership consists of people from all fields of services, including doctors, lawyers, clergy, businessmen, and entertainment personalities, all of those who profess a belief in the Christian Religion.

How to Become a Knight Templar?

To get the membership of the Templar, you must first be a member of a Masonic Lodge and other pre-requisite bodies such as the Royal Arch Chapter. This depends on the place where you live.

Are women allowed joining the Templar?

Women allowed to join the Templar and to progress within it and rise through the ranks through service and merit. 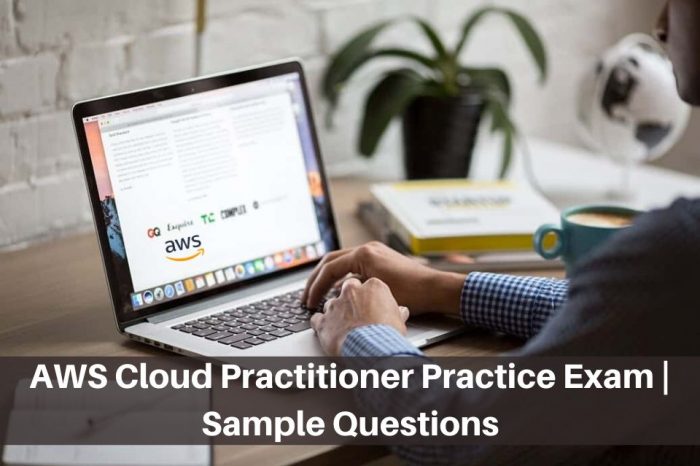 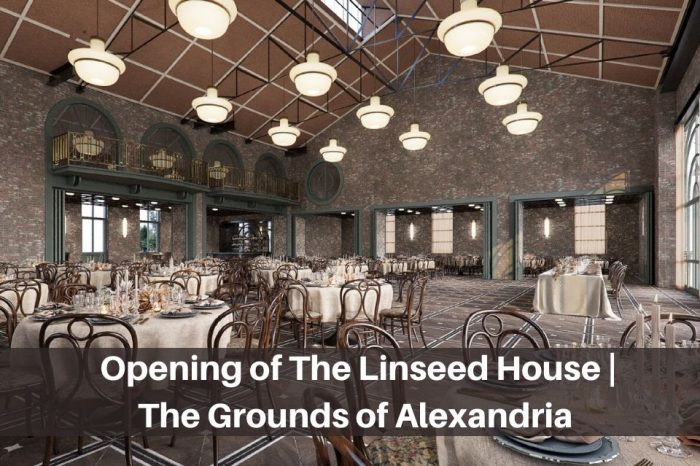 Opening of The Linseed House | The Grounds of Alexandria 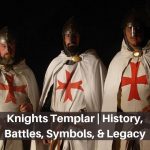