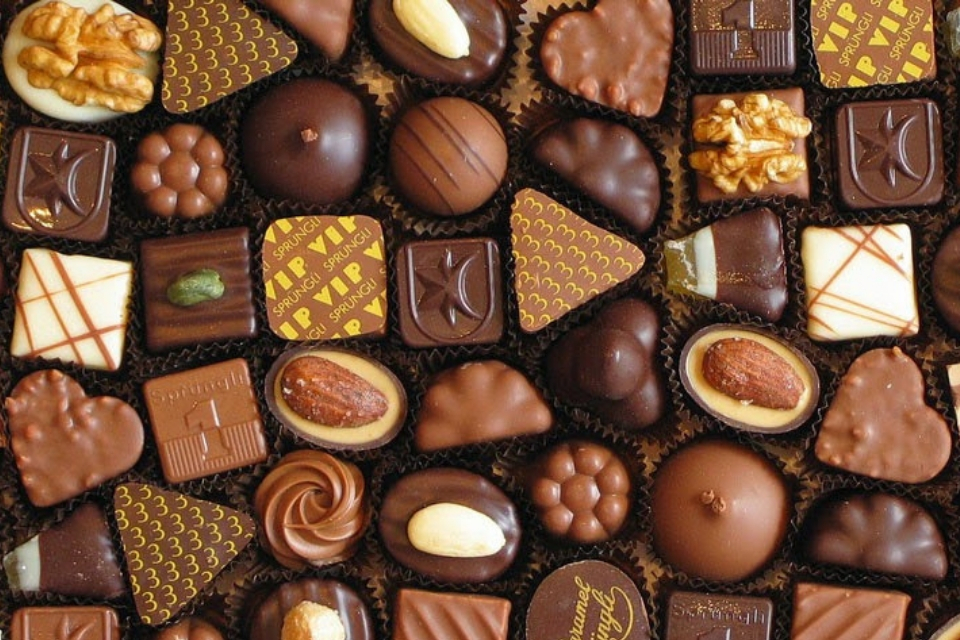 Chocolate is not just an after-meal/snack time sidekick, instead an emotion for many-, be it a schoolgoer, a teen or someone in his/her late forties.

Did you know approx 7.3 million tons of chocolate was retailed worldwide during the fiscal period 2015-2016?

Joseph Fry is known to be the father of chocolate, he discovered that chocolate can be molded into any shape by the addition of the Chocó buttermilk to the Dutch Coca in 1847. From there on, the chocolate became a commodity which soared in popularity across borders, stretching from Asia to Europe. And, in 21st-century chocolate is a universal treat that people exchange to express their affection towards one another. Did you know on Valentine Day, the sales of the chocolate shoot to $400 million around the world? The magnitude of this figure suggest chocolate is a significant jewel of our long socio-culture which is been adopted by our young generation too.

Are you Chocóalcoholic? Then, there is good news for you; we did a little research to zero down on the five most selling chocolate types worldwide in 2019. So, fasten your seat belt, to go for a magical ride of chocolaty delight- 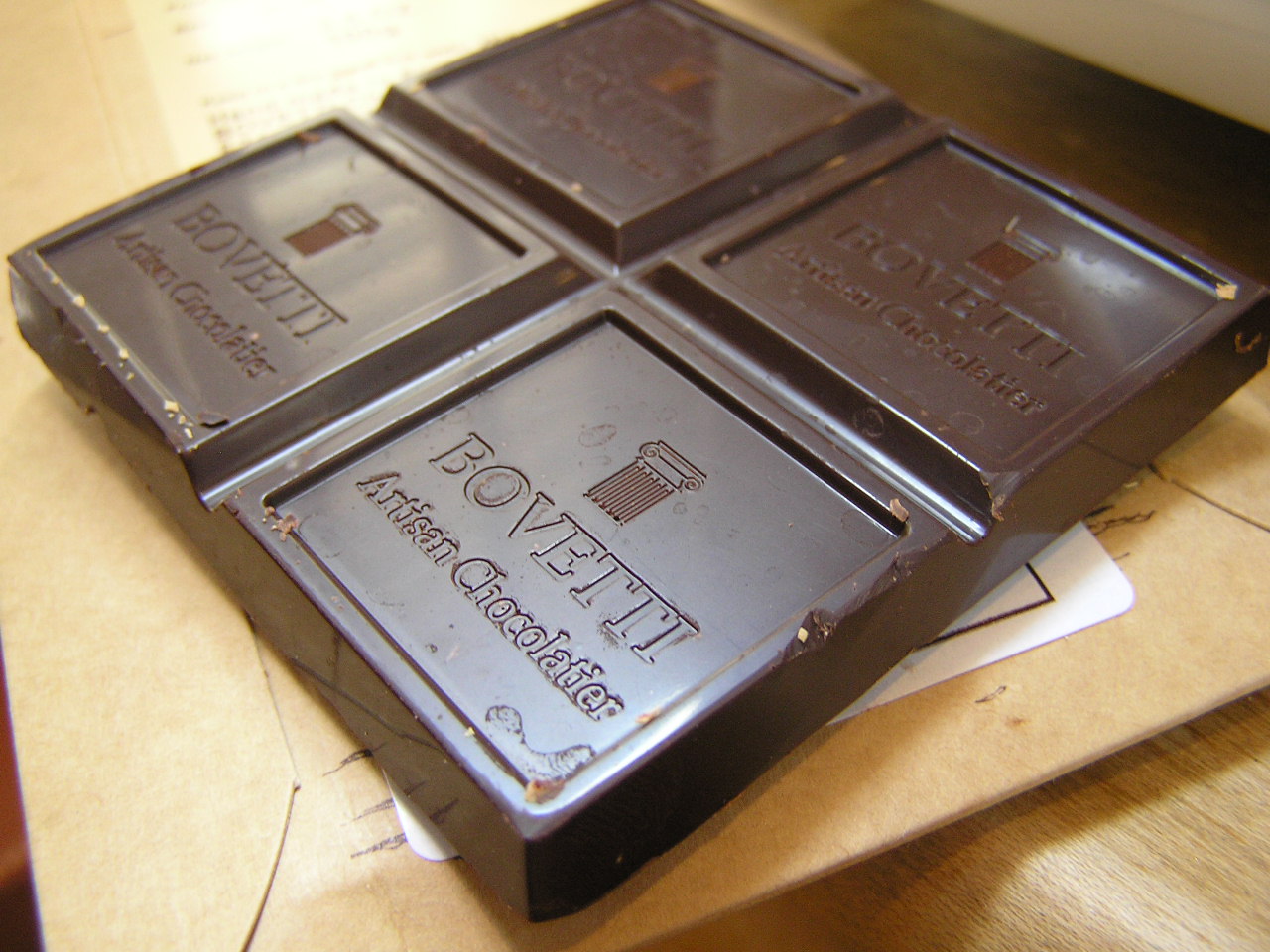 Unarguably, Bovetti Chocolate is the best chocolate in the world, the hint of fleur de sel render a unique taste that jells seamless with the taste buds of every true chocolate freak. The journey of the company began some twenty years back as a small venture, but over the decades, it transformed into a global chocolate brand supplying in over 37 nations across the globe. Their key markets include the USA, Netherlands, China, Japan, and many other countries in Europe. The company has on offer an assortment of chocolate treats made from premium-grade Chocó butter; this is perhaps why people are so crazy about every new release from the house of Bovetti. This brand promises that its chocolate delights are free from vegetable fat or soy lecithin.

The founder, Valter Bovetti believe in offering something new and unique now and then to survive & thrive in the highly competitive chocolate industry. Bovetti has an excellent selection of chocolate flavors They are as follow: Sicilian almonds, Fleur de sel, Chili from Espelette, Perigord walnuts, and this list is truly endless. The company registered a big progression in 2008, when the company’s father, Valter unveiled a whole new range which was both organic and fairtrade certified, on the back of Santo Domingo’s chocolate grand cru. This range added a whole new dimension to the global chocolate industry with as many 23 exclusive varsities of chocolate, covering chocolate lovers of all ages and all walks of life. 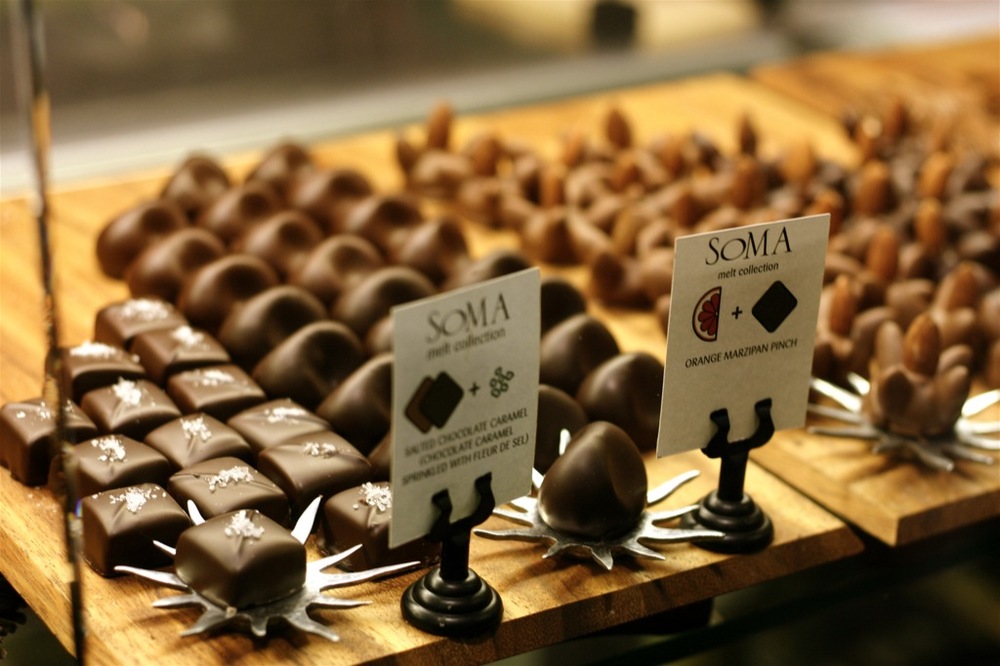 Soma, a globally recognized chocolate brand was born out of the causal idea of setting up a small factory for the production in the year 2003. David Castellan and Cynthia Leung then didn’t know that this venture would turn out to a mega success; and they will be millionaires. The USP of the company’s success was to experiment with flavors to come up something exclusive to flourish in the neck-throat chocolate industry. Since, the unveiling of the first batch of chocolate, the company has only seen its revenue figure soar. In the Chocó beans, there is one mystical substance by the name Soma, which is also mentioned in the Rig Veda, and the company used that concept to gain grounds in different parts of the world.

The journey of the company began roasting Chocó beans in one small corner of a whiskey distiller. Years later, Soma owing to the hard works and true dedication of the founders it has opened two stores, has an operation unit, a wide network of distributors and retailers; and the company is only going to grow from here on.  The future of the company seems safe and secure, as they are now exploring many new ingredients to take the chocolate industry forward.

Vincent Mourou (left) and Samuel Maruta are the brains behind the Marou Chocolate. Marou is known for its delightful assortment of finest quality produced in Ho Chi Minh City. Their range of chocolate varies largely from other best chocolate in the world in 2018 brands, as these Vietnamese chocolates are made up of high-grade trinitario, 18th-century Chocó beans. What makes the Marou Chocolate so popular is its taste complexity and variability, making the world crazy for it. Marou Chocolate has a special aroma that strikes the right chord with the minds of every true chocolate lover, licorice, more like the tobacco. Started as a small venture by Franco-Japanese named Samuel Maruta, Marou’s Vietnamese chocolates are sweeter than its competitor brands in the market. 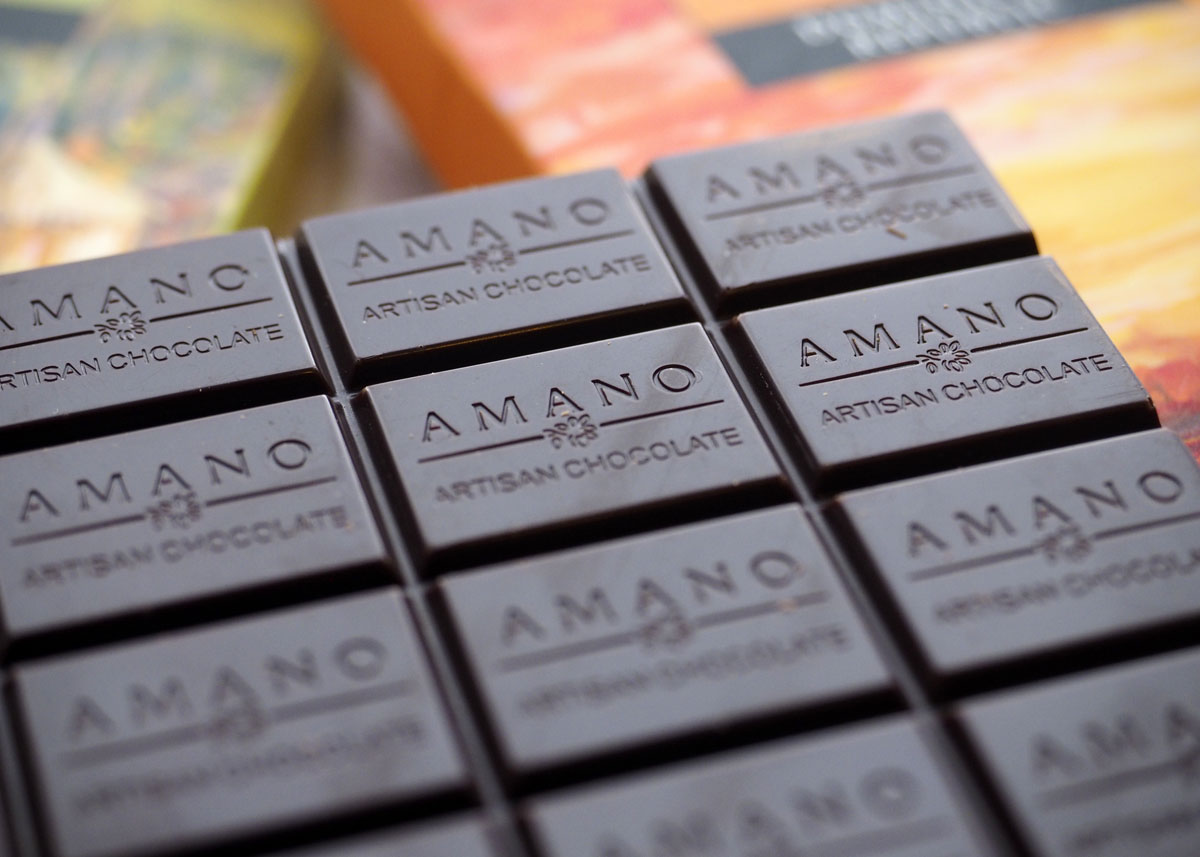 The Amano Artisan Chocolate is a well established American household chocolate brand based in Orem. The specialty about this brand is that it produces chocolate using the traditional equipment, rather the advanced machinery, as this helps them to have far more command over the flavor.  The Amano Chocolate range is made from the fusion of Italian and French chocolate making techniques. The company’s secret for being a top choice among chocolate shop retailers worldwide is that it makes use of the fine properties of coco obtained from South and Central America as well as Africa and Oceania.

Amano is the first company to have bagged the gold award at the Academy of Chocolate for its best selling bean-to-bar category. Then, in the year 2009, the company got the biggest appreciation from Martin Christy, one of the founding members of the Academy of Chocolate. As per him, Amano falls in the category of top eight chocolate brands in the world.  In addition, it is the only brand that has made to the charity’s list. 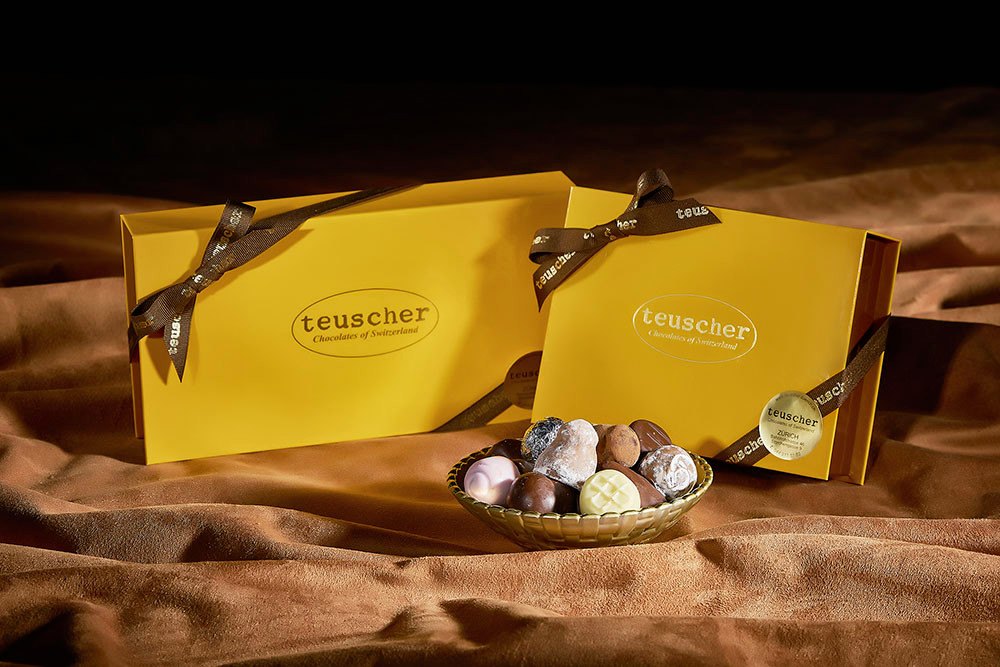 Teuscher is Swiss chocolate brand having a decades-long history of offering a premium selection of sweet/bitter chocolate those melts in the mouth leaving the taste buds satisfied. Having the headquarters in Switzerland, Zurich, Teuscher supply its chocolate range to all parts of the world, covering the Asian continent and most of the European countries.  The company has its exclusive stores in Portland, San Francisco, Hong Kong, Baku, Abu Dhabi, and several other major chocolate consumer nations around the world.

This Swiss confectioner manufacturer presents an extensive selection of 200 varieties of pastries. Their signature product is the Champagne Truffles; they are one-of-its-kind produce made out of the fusion of the buttercream and the Dom Perignon champagne, and couple that with one layering of dark cream ganache. Then, they are dipped into the milk chocolate, dusted with confectionery grade sugar. The Teuscher Chocolate differentiates itself from its market rivals by offering a massive assortment of cookies and pastries. The company manufacturer an exquisite assortment of dark chocolates, which is indeed quite popular among chocolate lovers in every nook and corner of the world.

Besides these, there are several top-selling chocolates in 2019. A handful of these includes Ghirardelli, Toblerone, Ferrero Rocher, Cadbury, Mars, Kit Kat, Galaxy, Guylian, Patchi, and Lindt & Sprungli.

Is Chocolate Bad for Healthy?

No, all such claims are false; the chocolate is made out of cacaos which are proven by several medical studies to be good for health. However, chocolate contains sugar, so consume for taste and never as food to satisfy the hunger pangs.

What Is the Best Way to Store Chocolate?

Ideally, deep-freezing the chocolate at a low temperature of 60 to 70 F is recommended. Also, one thing to note is to store the chocolate away from strong-smelling food items such as peppermint. This is because chocolate has the ability to absorb odor.

What Does “Organic” Chocolate Mean? 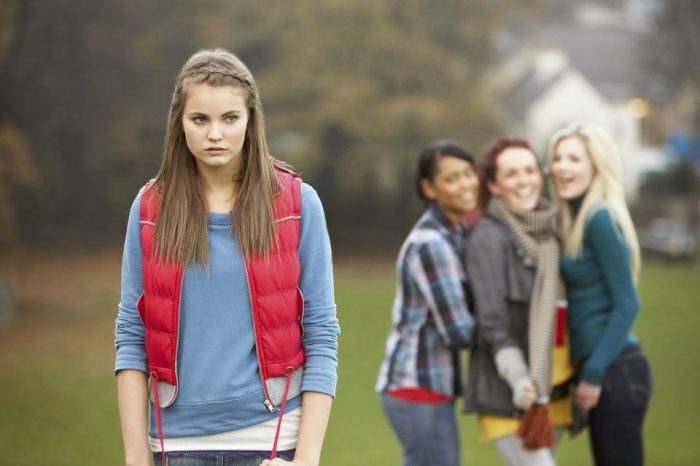 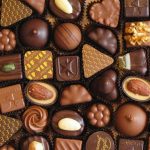