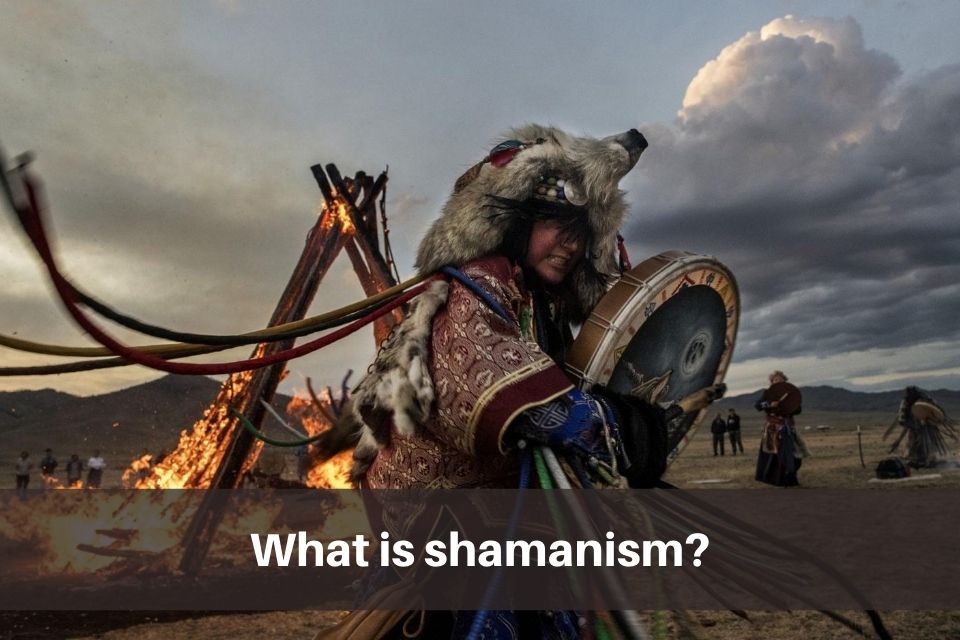 Shamanism is an ancient healing tradition, moreover a way to connect with nature and all of creation. The word ‘Shaman’ originates from the Tungus tribe in Siberia and literally means ‘the one who knows.’ The word shamanism can be used to describe the ancient spiritual practices of various indigenous cultures.

Shamanism has become popular in the western world, especially in new-age circles. Today, it might be difficult to differentiate between traditional and modernized forms of shamanism. You can understand shamanism as the universal spiritual wisdom inherent to all indigenous tribes. Since all ancient spiritual practices are connected to nature, shamanism is the method by which we as human beings can strengthen our connection with nature.

What Is a Shaman?

Shamans are usually the local leaders who perceive the fundamental nature of the universe and connect with the spiritual world. Around the world, shamans are called by many different names like a sorcerer, healer or curandero/a walker between the worlds, priest, medicine man/woman, transformer, psychopomp, etc. Both men and women can become a shaman if they inherit the role from their ancestors, come into it by surviving an accident or disease, display talent for it as a child, or merely seek training on their own. 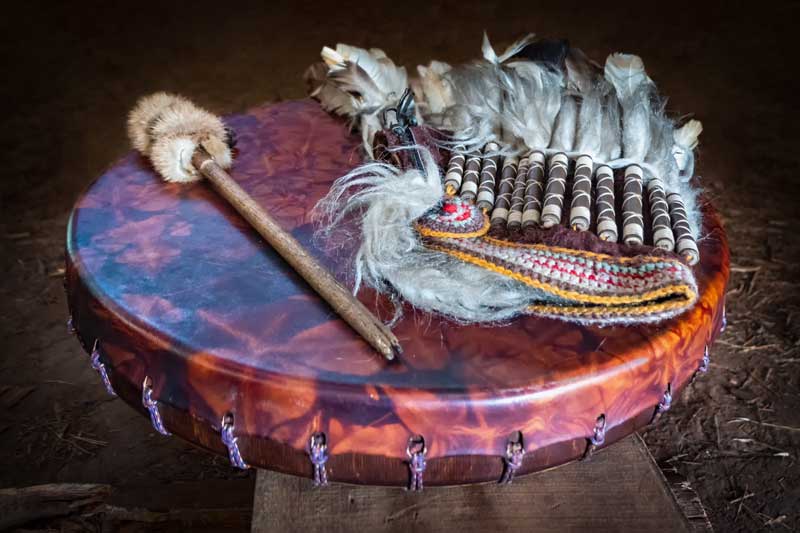 Different Type Of Shamanism In The World

The New Age movement or the Neoshamanism has appropriated some ideas of shamanism, beliefs, and practices of Eastern religions and different indigenous cultures. While some of the neo-shamans also focus on the use of psychedelics or entheogens, others focus on traditional ceremonial magic. They believe many shamanic practices and other mystical rituals were suppressed by the Christian church, like the witchcraft in the Middle Ages, which is now considered a remnant of ancient shamanic practices in Europe. Today we can find many practices that refer to neo-shamanism with names such as Transcultural Shamanism, Essential Shamanism, or Universal Shamanism.

Celtic shamanism is a way of seeing reality, and at the same time to act within this vision of reality. The shaman perceives the universe differently and makes direct experiences that transcend those of normal people. In the Celts, the shamans are called druids. Celtic cosmology includes the material world and the Other World, the invisible world, and the two worlds were intimately connected like they were neither separate nor allocated in different dimensions.

According to their beliefs, the transition from this world to the Other World could take place with simple transposition of consciousness. Various Celtic chants include a continuous transformation of one’s own appearance, to show the people that the shaman is able to ‘travel’ in the consciousnesses and forms of other beings. 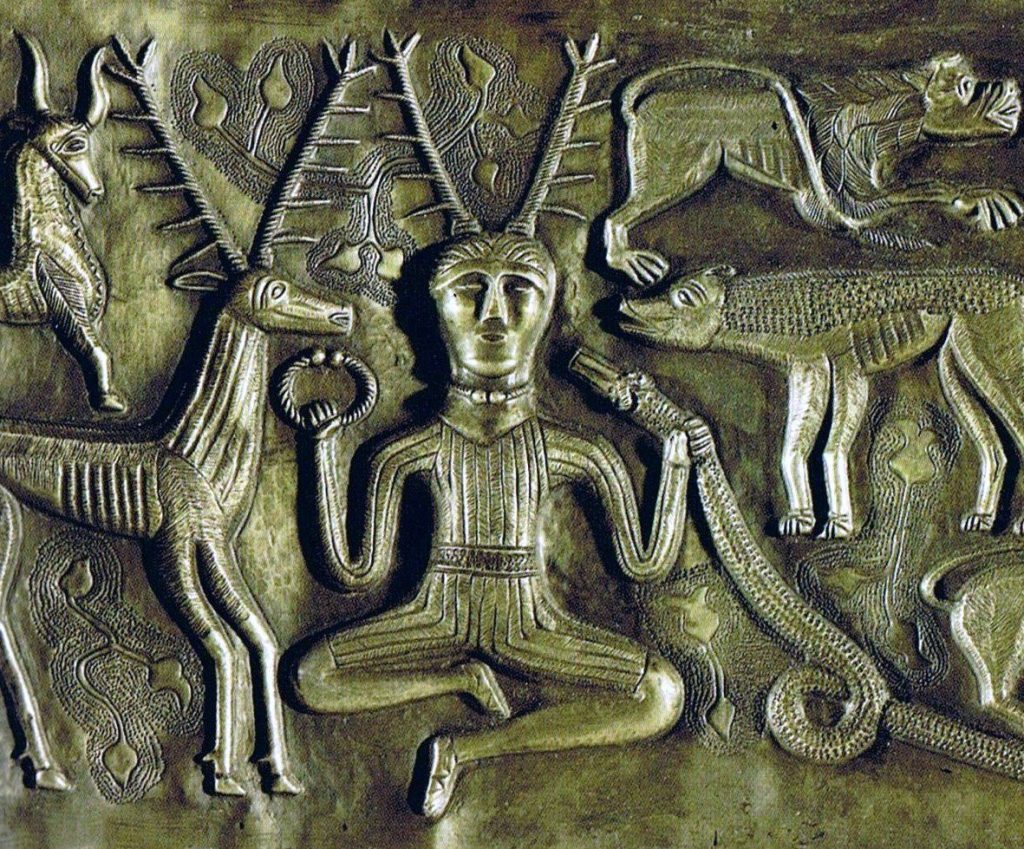 Celtic shamanism includes elements common to other cultures that have a strong shamanic tradition, where the shamans are able to access a particular state of consciousness, in which they experience a journey into the other realms of existence, where they gain knowledge and power which they then use for themselves or for the benefit of other members of their social group.

Siberia is considered the hot-spot of shamanism. Shamanism is still practised by different ethnic groups, and it is the most widespread spiritual practice in those areas. The word shaman derives from the term ‘saman’, which is used in various Siberian ethnic groups, the largest is Evenk. Mongolian shamanism is very similar to Siberian shamanism, and they both have three fundamental concepts:

4. Shamanism in the Americas

Shamanism in the Americas is very pronounced. However, Native American cultures and First Nations have different religious systems. Many Native American cultures have singers, mystics, healers, masters of ceremonies, storytellers and ‘Medicine People’, but none of them uses the term ‘shaman’ to describe their spiritual leaders or guides. The Medicine Man is the mediator that connects the community to the spiritual world. These people use crystals, rocks or other natural elements to make diagnoses and treatments.

The Mayan peoples of southern Mexico, Guatemala, and Belize have very sophisticated practices of shamanism, as they use astrology and elements such as a fire. The use of fire is almost always present in Mayan ceremonies, it is possible to make divinations and healings.

6. Shamanism of the Amazon area: Curanderos/Ayahuasqueros

In the Amazon basin and northern regions, the shaman healers are known by the name of curanderos. There are different types of curanderos that use various techniques and sacred plants in their shamanic practices. There are also different levels of specialization like the Ayahuasqueros are Peruvian shamans specializing in Ayahuasca, a medicinal plant used for physical and psychological healing.

7. Shamanism in Australia: The Dreamtime

In Australian or Aboriginal shamanism, a special quality known as the dadirri, allows us to come into contact with a deep spring within us. To connect with this source, a person needs to achieve a state of calm and deep awareness. It is similar to ‘contemplation’ or ‘meditation’, well known in various practices related to shamanism.

In Aboriginal shamanism, there is simply no impassable void between the human and the divine. This is why Aborigines don’t develop an organized religion run by a bureaucratic or layered priesthood. They have an authentic spiritual power with which they can access Dreamtime via trance, giving them direct access to spiritual dimensions through the shamanic techniques of ecstasy. This ability gives them a strong authority to make evolved philosophical observations.

Aboriginal Dreamtime is that part of Aboriginal culture that elucidates the origins and knowledge of the land and its people. These people have the longest historical-cultural continuity on Earth, probably dating back to 65 thousand years. Dreamtime is basically Aboriginal Religion and Culture. It contains various aspects like the history of things that have happened, how human beings were created and how the Creator planned the purpose of the human being in the cosmos.

Aboriginal Australians often talk about jiva or guruwari, a seed of power deposited in the earth. According to the Aboriginal beliefs, every activity, event, or important life process that takes place in a particular place leaves behind a vibrational residue in the earth. Everything in the world is a symbolic watermark of the metaphysical beings whose action created our world.

How can shamanism healing benefit your health and wellbeing?

People around the world may seek shamanic healing for many different diseases. Those who are living within this culture, shamanic healing has become a part of their approach for any disease or imbalance in the body, along with taking of physical healers, botanical medicines, and other therapies.

Shamanic healing works on the spiritual side of the illness and seeks to recover a person’s lost power, to restore their vital soul, and remove harmful energies. It enhances the ability to create desired life changes, increase vitality and power, expand a sense of wholeness and well-being of the seeker, helps release addictions and maintain change and strengthen the immune system.

The process of Shamanic Healing

Shamanic healing begins with an interview to find out the symptoms of the illness, how long the person has been having them, severity and type of pain, and other general information about the patient. The practitioner then prepares themselves for the process by silently observing the patient in a meditative state, helping spirits and the patient’s allies to help them see what is required in the healing.

Depending on the information they receive from the allies or the spiritual world, they may take various approaches for healing using the proper shamanic tools for the job. The practitioner can use sound healing with a drum or rattle, tobacco, crystals, feathers, or other tools to clear resistance in the form of fear or anger patterns, restore energy levels.

Look online or find a shamanic practitioner in your local community. Read their online reviews and ask friends and colleagues about their reputation. Then meet with the practitioner in person and inquire about how they were initiated and trained, as well as how they practice. Keep in mind that shamanic healing is individualized to each unique person and their illness.

Where is shamanism practised today?

Shamanism is mostly practised in the East and some of South East Asia. The places that ancient Shamanism was present are the same ones it is prevalent today, including countries like Siberia, Tibet, Korea, Mongolia, Alaska, the Amazon, Canada and Scandinavia.

Why do shamans wear masks?

Masks are worn during ceremonial or ritual activities, probably by shamans engaged in contacting their spirit helpers. The mask represents the transformation of the shaman into a spirit.

How long does a shamanic session take and how much does it cost?

A shamanic session typically takes an hour to an hour and a half. Shamanic healing is by donation in accordance with a client’s means and the value they place on the healing. Recommended donation id $75 to $150 per session. 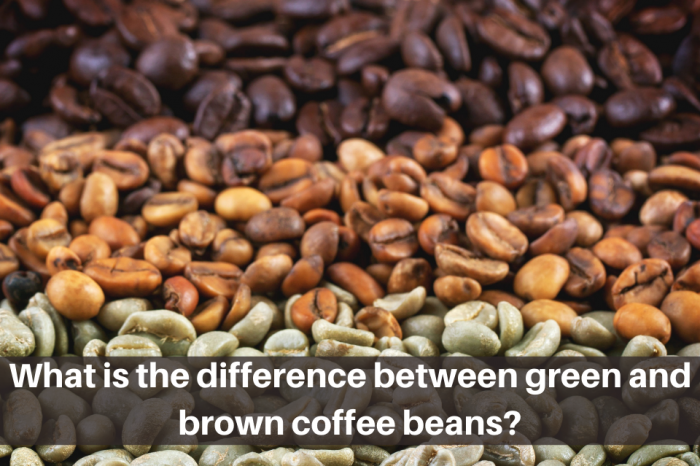 What is the difference between green and brown coffee beans? 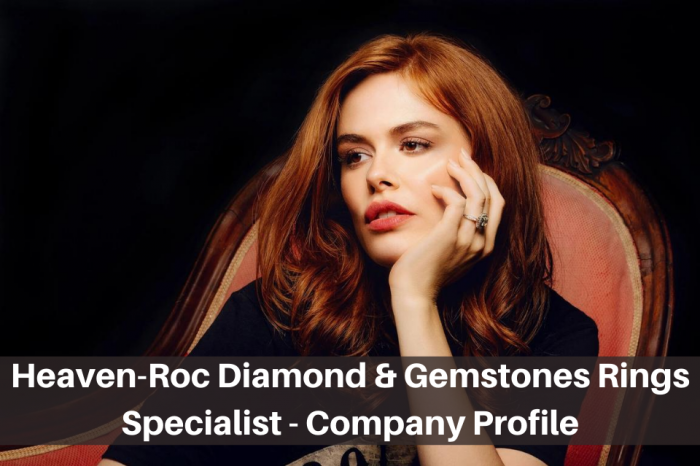 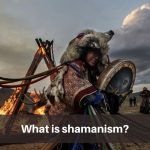