Earlier this year, United Petroleum announced that it had acquired the intellectual property and retail network of the beleaguered Pie Face food chain for an undisclosed amount of money. Pie Face has been in administration since 2014 and the receivers of O’Brien have tried to sell the company since October of 2016. No one could have predicted that this Australian food chain would end up in the hands of a petrol retailer, but then again, no one could have foreseen the spectacular fall of Pie Face.

Pie Face was founded by former Wall Street banker Wayne Homschek and interior designer Betty Fong, who aggressively launched franchises in Australia, Singapore and the US. At one point, Pie Face had more than 70 stores in Australia alone and had ambitious plans to expand to the Philippines, Korea, Japan and the Middle East but things went awry and the business found itself under administration with million of dollars in debt. What went wrong Pie Face started selling franchises promising high margins and low overheads. Prospective franchisees were told that the company had invested millions of dollars and that they were so confident of its success they would offer new franchisees as much as $120,000 first-year profit protection.

Franchisees blamed the high cost of rent, high cost of goods and high royalties for the demise of the food chain. The company has also been accused of focusing too much on selling franchises and obtaining international licences for its quest of world domination instead of selling actual pies.

Franchisees were working at a loss with weekly sales averaging between $41,000 for stores in busy metropolitan areas and $3,000 for smaller stores. It was estimated that a franchisee needed to $25,000 in weekly sales for his store to be profitable, but most franchisees were not making anything close to that. The company was paying ridiculous amounts of money in rent, sometimes as high as 30 to 40 per cent more than the average retailer would which meant most of the money franchisees made went into rent and stock.
Another problem with Pie Face’s aggressive takeover ambition was that it quickly reached saturation levels in large cities. At one point, Pie Face had 17 outlets located in Melbourne’s CBD and 39 outlets clustered around Sydney’s CBD. A life line from an unlikely source United Petroleum has come in to rescue the brand just a few months after Pie Face fell into receivership for the second time in three years. According to United Petroleum, the move to buy Pie Face is a calculated one that is in line with its plans to grow “expand into new categories”. United Petroleum plans to keep 32 Pie Face stores open for business as usual. The current CEO of Pie Face, Bruce Feodoroff will continue on as the leader. The acquisition provides a degree of certainty for almost 80 employees still working for the company and it might offer more opportunities for local small business operators.

In the next couple of weeks Pie Face fans will be able to buy their favourite products from the 400 United Petroleum stations scattered across Australia.

However, United Petroleum plans to keep Pie Face operating as a stand-alone business which means franchisees will get to retain their businesses and hopefully start to see profits rolling in. Pie Face’s receivers and managers, O’Brien Palmer, expect the transition to go smoothly and will help ensure that business will continue as usual until things are finalised
Post Views: 1,272
0
Shares
- Advertisement - 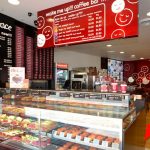