May 28, 2022
Coming challenges could slow the Asian economic juggernaut - The Daqian Times

In last decade, the world has seen China jump towards its aim of becoming one of the most advanced economies. The average GDP (gross domestic product) growth of 10% has removed hundreds of families out of so-called poverty converting China into a powerful economic hub. The speed of its growth in coming times will decide whether it has what it takes to challenge United States for the superpower. Will China run, stall or crawl over the next 10 years?

As per many economists, it’s difficult to make any prediction for future at this point of time especially for such long prediction period on Asian economy because of the great power of complicated numbers.There have been recent studies on global economic outlook with varying GDP projections of the future.

Price water house Coopers, a global consulting and accounting firm in its study “World in 2050” has predicted the growth of China. It will consistently beat America’s 2% growth rate during the projection period. By 2050, Dragon’s GDP will touch $58.5 trillion and the United States will on $34.1 trillion on the basis of Investment Price Parity. PPP ( Purchase Price Parity is a methodology that shows the low price levels in the developing countries. But despite the rosy prediction, it’s doubtful that the Red Dragon will achieve its dominant position due to all the challenges it happens to face during this period.

The most important contributor to China’s growth is its demographic distribution, the stability in the working-age natives due to the strict fertility trends. But for quite some time now, the trend has not been as effective as it was before. As per the World Economic Forum, the working age growth peaked around 2010 and now it’s reversing, with an estimated contraction by the year 2050. Also, the Chinese population is ageing at a quick pace. There is a powerful interplay effect of these two factors:

As per the study conducted by Brookings Institution, in 2013, there were approximately 4.9 people in working age for every Chinese individual above 60. But by the year 2050, it is estimated that there are going to be only 1.6.China will get old before it will get rich. There will be an expected rise in pension rates that will strain government’s budget. At present, China already contributes 20% on elderly care, one of its largest expense in Asian economy. Older countries tend to grow slower because they end up redirecting investments from growth to the pension.

Another problem is China’s credit debt that is approximate $26 trillion, double the size of the household debt in the United States. Out of $26 trillion, $2 trillion is more of bad debt. In last 10 years, debt grew from 465% to 247% GDP, almost up from 160& from 2005 to 2015. This increased debt has also helped in maintaining the higher GDP growth, but the ROI (Return on Investment) has been continuously decreasing.

Putting more debt to boost growth will get difficult. Dealing with defaults and servicing the amount of debt will be more challenging and unravelling this increased debt will take years and years and also cause extreme dislocations.

Innovation may help growth rate as it has helped the country’s growth so far as latecomer’s advantage. When China, and all started industrialising, it has legally acquired the world’s best-advanced technology but it should now focus on inventing things on its own. The fundamental research won’t be of much use anymore with only two of China’s universities making to the top 100 universities in the world and not even reaching up to top 50. Same goes for the other Asian countries like Thailand and Vietnam.

Corporate research is also not the major contributors judging by the total number of patents filed by Europe, the United States and Japan. Annual filings have still remained below 1000 during 1991 to 2008 when compared to other 14000 to 16000 American firms. The insignificant pace of new innovations is unlikely to make any changes soon. State-owned companies control half the industrial assets in China including almost double the industries. Private companies hardly have any profit potential in the industries and therefore, there is no scope of investment in innovation.

The society control by corrupt, brutal and ineffective Communist Party is also a hindrance to the nation’s growth. No big autocratic country has reached near the ranks of well-developed countries because the deformities introduced by the major control also increase exponentially along economy size. Taiwan, South Korean and Singapore and other autocratic countries during the growth phase are quite smaller than the Communist country. Moreover, since the Chinese government will not abandon the power willingly, there will be economic and social upheavals in future as Chinese citizen will try to fight for their freedom.

The experts who expect China leading the global economy are as accurate as those in the 1960s who betted on the powerful Soviet Union and Japan on 1980s. Considering all the obstacles in the path of China, its current jump will turn to a slow crawl because of economic and social convulsions affecting overall Asian economy as countries like Vietnam and Thailand hold lots of economic dependency on China.

American will still continue to maintain and advance its dominant status. It has educated, growing and much better younger work unit, the tradition of innovation, entrepreneurship and far better social institutions and superior universities. America has its own set of challenges like strained security system, high government loan etc but America will be able to deal with all this and take a big leap than China can because of its vibrant and vast wealth of democratic system 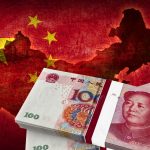